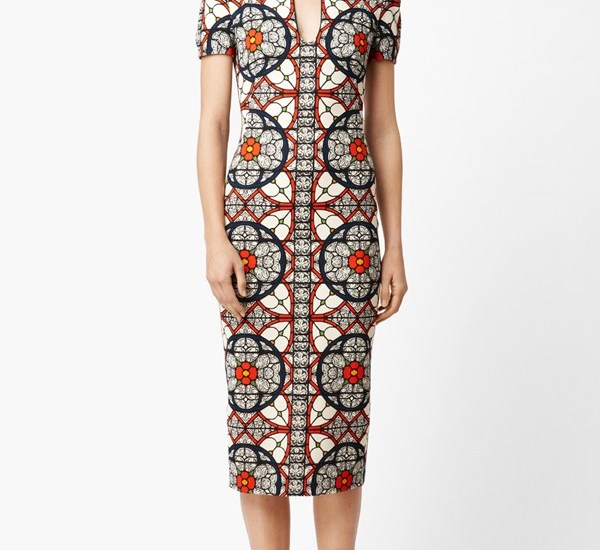 Recently, the bra blogosphere of Bosom Bloggers have been posting about modesty in a series called The Modesty Panel.

I’ve been enjoying the Modesty Panel posts, finding it interesting to reflect on each blogger’s interpretation of what modesty means to her.

I do admit, to clarify my thoughts on the Panel posts, I did look up a few definitions.

1. freedom from conceit or vanity

2. propriety in dress, speech, or conduct

3. the quality or state of being proper or suitable :appropriateness

4. conformity to what is socially acceptable in conduct or speech

The Modesty Panel posts encouraged me to reflect on how I’ve thought about my body, my sexuality, and my identity…and how it has changed drastically over time.

My earliest memories I have regarding modesty are about shopping for clothes. I don’t remember wearing many “little girl clothes”. I recall entering Juniors sizes at a very early age …and since these clothes were for older girls/preteens, we would gravitate to the more modest selections. I learned I wasn’t like other girls my age, and since I was different, I should cover up and be modest (freedom from conceit or vanity).

My figure developed quite early, and at a young age I discovered that adult males and females looked at me sexually. The silent acknowledgement made me uncomfortable; however, with that knowledge came the understanding that physical appearance was something that could be used to gain attention.  Since my appearance was something I could control (to a degree), I naively concluded I could control the sexual attention directed my way. I learned propriety and what is commonly known as dressing modestly or immodestly.

The teenage years (ugh!) were confirmation that outward appearances and behavior, the choice to be modest or immodest, can be manipulated to elicit a specific response from society. You want to get into trouble? Dress or act immodestly. You want praise? Dress or act modestly. More confirmation (and to the teenage brain, powerful stuff) that we can control attention directed our way.

I will admit once I left the South and headed West, my wardrobe and ideas of propriety changed. In some ways I missed the certainty of the Old Southern Rules, while understanding what had really happened was all of the southern nuances were exchanged for…

My adult views and fashion interpretations of modesty and propriety have changed many times. My behavior and choices have been influenced by my workplace, motherhood, illness, and weight.  My fashion choices; however, have been primarily influenced by availability. In short, what I would choose to wear is not available in my sizes. I continuously project a fashion facade that isn’t me.

I project a Momsy, modest facade because those are the clothes commonly available in my sizes.  This dress, despite being designed better than most (in my opinion), designed with sleeves that would actually accommodate my wide shoulders – is a perfect example of a modest, appropriate for many occasions dress the fashion industry has decided a big woman like me should wear.

My fashion tastes run more classic with an edgy feel. Despite the dress pictured below being perfectly suited to my build, I usually can’t buy designer clothes like this Alexander McQueen dress – well cut and made with bold, sophisticated patterns, because they aren’t available in my size.

And if available daytime wear isn’t appropriately lacking in design to keep me modestly free from conceit or vanity, evening wear is enough to discourage me from leaving the house. I am usually left to choose from stock like this:

I can not adequately express in words how the above pictured, appropriately modest Patra gown is NOT my style….Except by showing you a picture of what is my style…

Again, buying a well designed, unruffled, unbeaded, non-satin, modest and appropriate gown from a designer is almost an impossibility…because I’m too big. Society (and apparently fashion designers) has decided a large woman isn’t allowed to look attractive or draw attention to herself in a beautifully designed gown because such behavior would be immodest.

I’ve read a number of posts in the Modesty Panel exploring how modesty is imposed on women by society due to religious or societal norms. For most of my adult life I’ve found modesty (freedom from conceit or vanity) imposed on me by fashion designers who have decided I must look a certain way – covered up, shapeless, and styleless.  Modesty definitely has been imposed upon me more on the freedom from conceit or vanity perspective, because who could possibly feel conceited or vain about her appearance in most of the clothes allowed to be made and sold in larger sizes?

I have been very encouraged by some of the new online retailers showcasing well designed fashion for larger figures. I look forward to appearing a little less modest, and feeling much more beautiful in public, soon.

Here is a listing of some of the Modesty Panel blog posts I’ve found:

Boosaurus: Growing up in the Christian Homeschooling Subculture
Braless in Brasil
Bras and Body Image: What I wear is none of your damn business!
By Babys Rule:  Modesty and Breast Implants
Contrary Kiwi:  More clothes = more holiness?
Faustine’s Foundations

Fussy Busty:  Why I choose not to cover up
Fussy Busty Pt 2:  I’m fat and ain’t no one telling me what to do!
Hourglassy:  Stares Bad, Breast Private
Hourglassy Pt 2:  Feminism isn’t a four letter word but modesty should be!
Miss Underpinning: Why I like taking my clothes off for the Internet, or on modesty
Nothing Ever Fits and Nobody Sympathizes: What Modesty Means for Us
Obsessed with Breasts:  A Word Vomit of Thoughts
Red Hair and Girly Flair: It’s not your body
Sophia Jenner: Where do you stand?
Sophisticated Pair: Modesty and the Bra Shopping Experience
That Bra Does Not Fit Her: We have a great selection of minimizers!
The Tit Rambler: Modest Panel Crashing
Thin and Curvy:  Dressing Modestly
Weirdly Shaped and Well Photographed:
Windie Gardie: Modesty